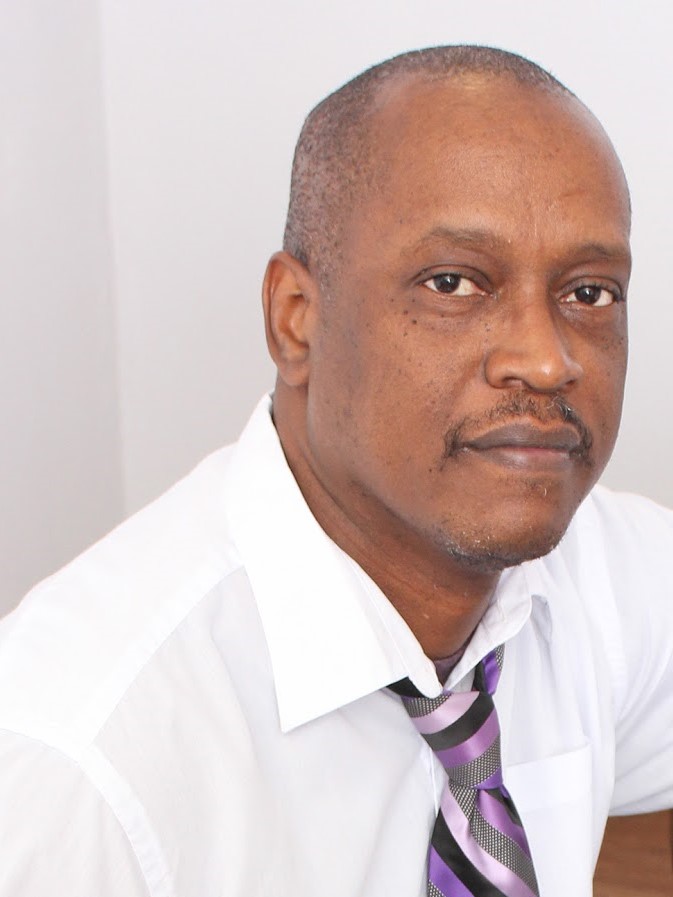 Jazz is Stephen Lee’s calling whether he’s playing it or teaching theory and performance to his students. 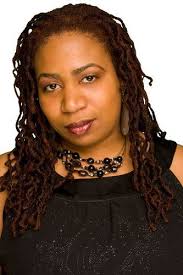 Jamille JAM Hunter is Michigan born/Memphis based Jazz and Soul  singer songwriter who is making her mark on the music scene with her mesmerizing vocals and contemporary approach to classic and modern jazz.

With years of gigging in the R&B/Soul arena under her belt, and previous classical training JAM began to train intensively as a jazz vocalist in Los Angeles at the World Stage of Leimert Park. Practicing technique under the guidance of drummer Billy Higgins, bassist Al  McKibbon and Kevin O’Neal and pianist Dini Clarke, she fell in love with jazz and never looked back.   Seeking an international experience she left Los Angeles and hit the stage in Nagoya, Japan where she honed her craft as the lead vocalist at the Stardust Jazz Lounge.

Recently JAM released her new live CD/DVD titled “Sassy’s Return: The SV Project”.  Previously CD releases include “In The Sun” and singles “Blue Moon” and “ You Got Me”, all written and co-produced by JAM.

JAM along with her band Mood Swing has performed at the River Arts Fest, The On Location International Film and Music Festival, The Black Arts Fest, the Memphis International Jazz Festival and the Soulsville Music Fest in addition to numerous clubs and venues.

One of the most accomplished professional musicians in Memphis, Gary Topper, saxophonist, has played wide-ranging genres with Stevie Wonder, Ray Charles, Jerome Richardson and Tony Bennet.

Some of Gary’s credits include Broadway performances in “Saturday Night Fever” and “Phantom of the Opera”. He also contributed to many movie soundtracks and has recording credits which include Keith Richards, Jimmy Buffett, Al Green. 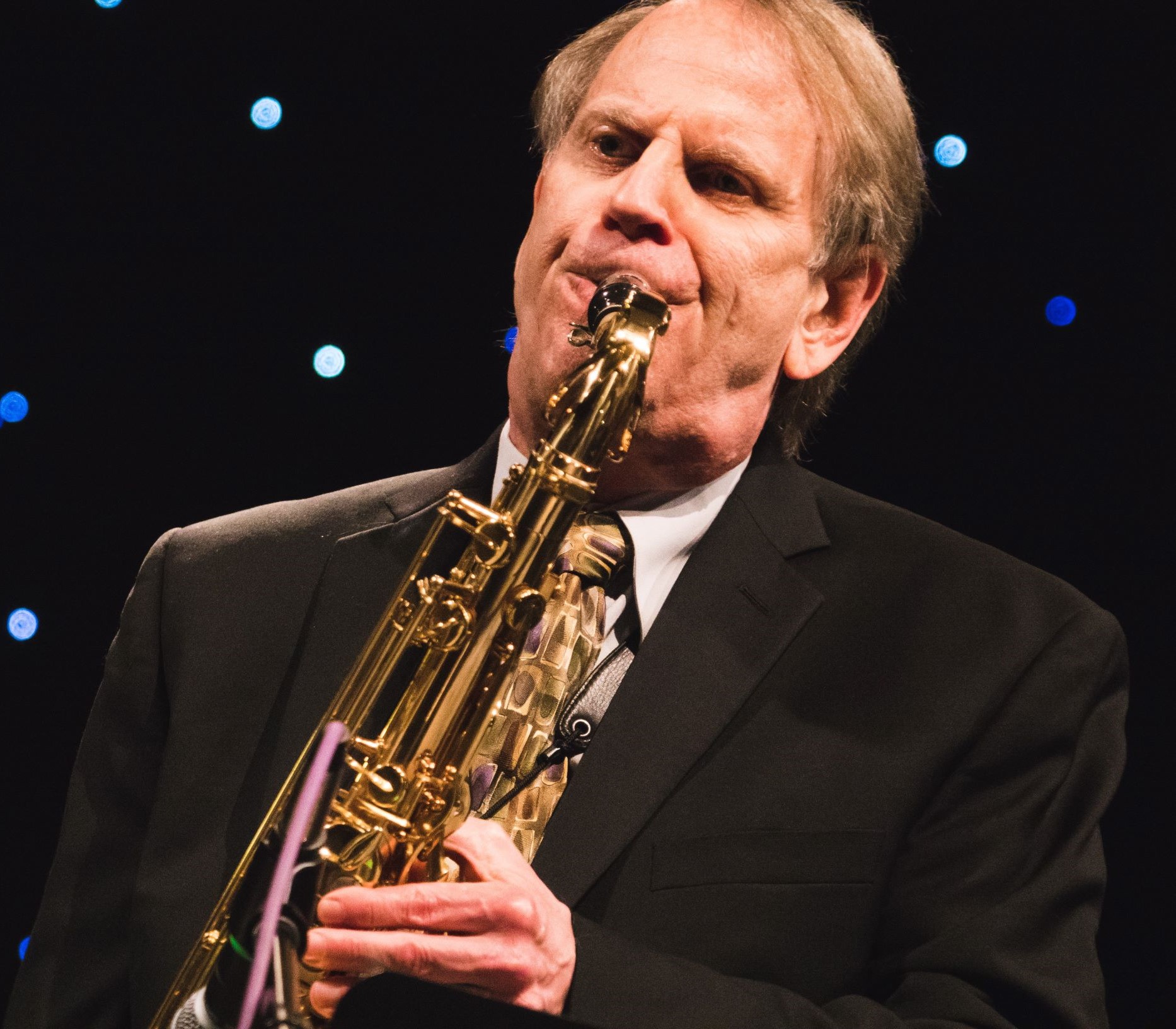 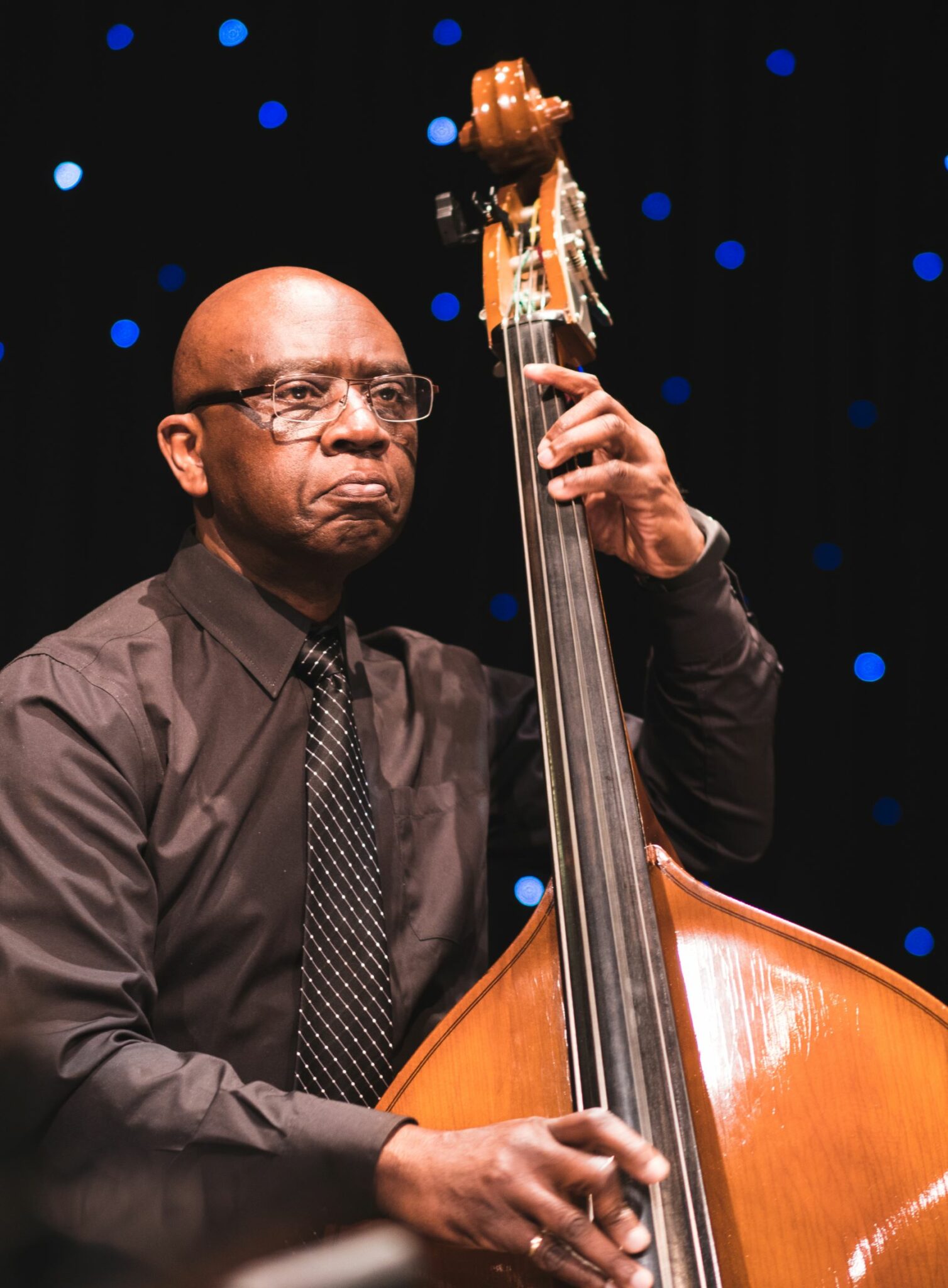 Some of his recording credits include: James Williams – Flying Colors; Midtown Jazz Mobile – Bakatak, Fugitive ; Gerard Harris – No Strings Attached; Backswing – Backswing, The Big Band Sound of Memphis; Dwight Lenox – Gershwin and Friends. Sylvester earned a B.S. from the University of Memphis and an M.B.A. from the Illinois Institute of Technology.

Charles Pender has been an active musician in Tennessee for over 25 years. He  graduated from Middle Tennessee State University in 1985 with a Music Industry  degree. He went on to earn his Master’s and Doctorate in Music Education and Piano  performance.

Charles is from the rich Memphis tradition of music that includes jazz, blues, R&B and  of course soul. He sites Memphis pianists Phineas Newborn, Mulgrew Miller, and  Donald Brown among his biggest influences.

Charles has performed with many well known artists including, the Memphis Symphony  Orchestra, Al Green, Wendy Moten, Kirk Whalum, Joyce Cobb, and Ruby Wilson  among others. Charles has performed across the country and abroad as a pianist in both jazz and classical music idioms. 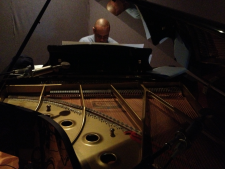 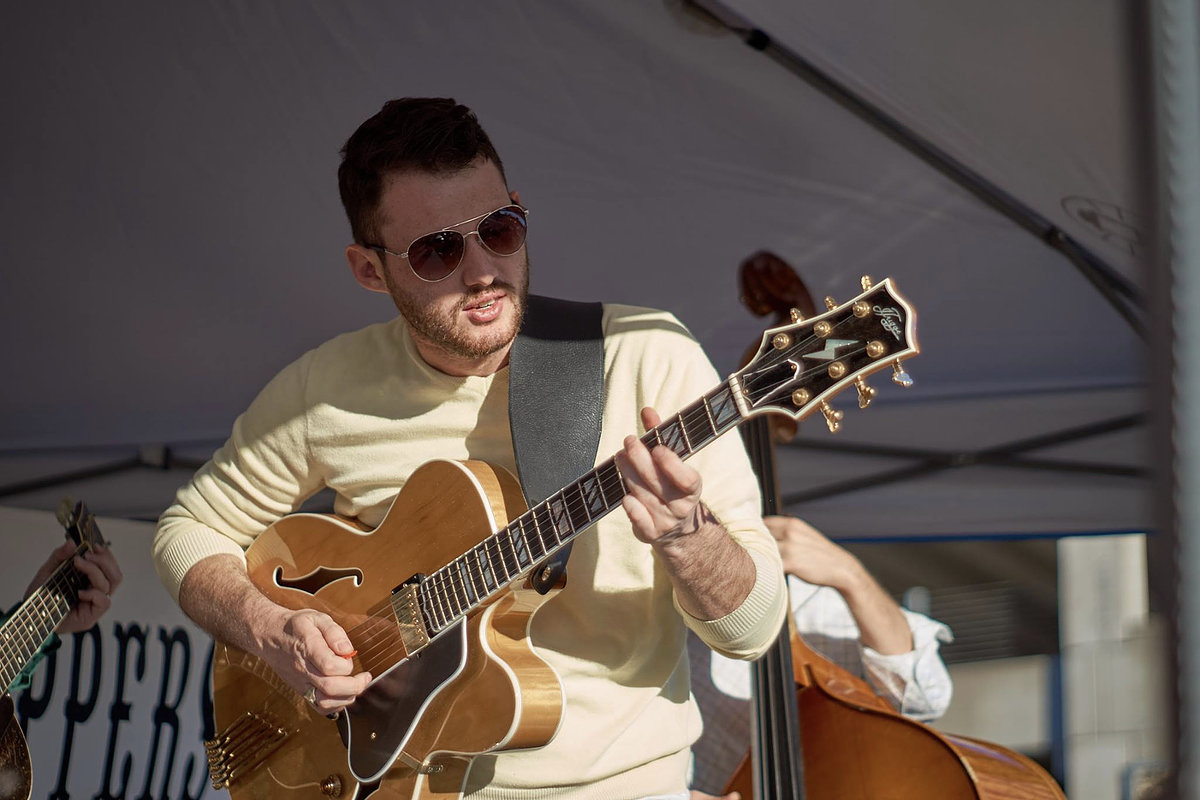 Will Lang is a guitarist, composer, and educator in Memphis, his home for more than a decade. He earned his M.M. in Jazz and Studio Performance at the University of Memphis, and his B.S. from Rhodes College. Will is an active member of the Memphis music scene where he plays upwards of 100 shows per year. He performs regionally with R&B and rock groups, and has held residencies with his jazz groups at venues across the city.

As an educator, Will is focused on empowering his students to freely express themselves and gain greater autonomy on their instruments. He especially enjoys working on fundamentals and theory. He has 10 years of experience working with students of all ages, from beginners to accomplished musicians. Will is an adjunct instructor of guitar and bass at Southwest Tennessee Community College, where he directs the jazz and contemporary ensembles; is a jazz combo coach at Rhodes College; and maintains a private studio of guitar, bass, and piano students. In addition to teaching and performing, Will is passionate about audio production and is currently working on a collection of his own music.

James Sexton’s musical journey began around the age of 5, while taking piano lessons from his aunt. Around the age of 12, he grew a knack for beating on pots, pans, and empty paint buckets. He had a friend in his home church who had a drum set. They would take turns playing with James’ mom, who was the church pianist, each Sunday until one Christmas when James was surprised with his own beginner “Percussion Plus Drumset” – the rest is history.

James has worked, played, recorded, and performed live with countless numbers of artist in many different genres of music. He has been everything from the house drummer at the world famous B.B. Kings on Beale St., to the main percussionist for the Bountiful Blessings COGIC Orchestra, under the late Bishop G.E. Patterson. Notable artists with whom he has worked include Mulgrew Miller, Donald Brown, George Duke, Marcus Miller, David Porter, Kirk Whalum, Dee Dee Bridgewater, Ben Tankard, Anthony Brown, En Vogue, and many more. Currently, James is the minister of music of Peace Baptist Church, in Memphis, TN. He is the drummer for the Garry Goin Group, the house drummer for the Memphis Grizzlies, and the drummer and musical director for “Garry Goin Presents ‘American Vinyl’”, produced by Pinnacle Entertainment. He performs for weddings, corporate events, and private functions. For regular solo public appearances, you can catch him at the Zebra Lounge, in midtown Memphis. 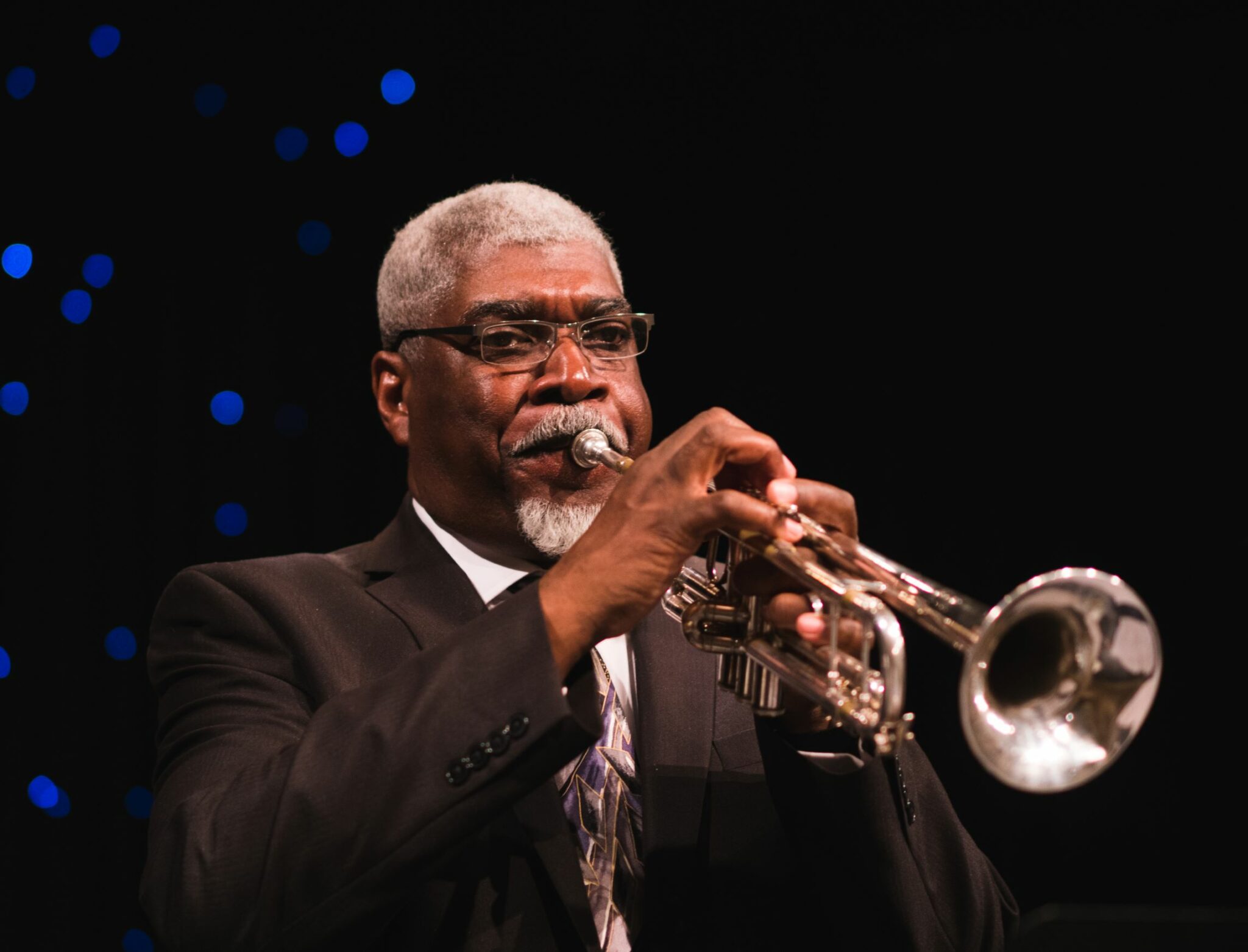 Home-grown, “Johnny” was inspired to play the trumpet while in elementary school by his older brother, a saxophonist. While at Southside High School, he was introduced to Jazz by his band director James Keys. He was mentored by a senior classmate, Donald Brown, who later became an internationally acclaimed pianist with Art Blakey and the Jazz Messengers. Attending Memphis State University, he majored in music education. Always a lover of big bands and Jazz orchestras, Johnny was inspired to form his own group in 2002, the Sanctuary Jazz Orchestra. Johnny is quoted as saying, “Jazz is the true music from the soul and for the soul.”