Memphis Jazz Workshop at a Glance

While living in New York, Memphis Jazz Workshop founder Stephen Lee had the privilege of meeting and befriending several talented young musicians. Not long after meeting these young musicians, Lee noticed that they were operating at a higher skill level at a very young age compared to their counterparts. They were incredible performers who were hanging with jazz legends at world-renowned jazz clubs, and most were enrolled in performing arts schools. It was very clear these musicians benefitted from extra mentorship, private lessons and group practices – things that the average public school music program cannot provide.

“Not everyone wants to be a doctor or lawyer. Some kids want to be professional musicians and make a living playing jazz, and I hope I can help them make their dreams become a reality. A big part of my job is to show students the steps they need to take to achieve their goals and use my personal experiences as an example.” Lee said. “Even if it’s not a professional pursuit, there are so many life skills that you learn in jazz improvisation – confidence, self-motivation, work ethic, time management, self-awareness, critical listening. It’s more than simply learning how to play an instrument.”

After moving to Memphis in 2009, Lee taught public school for 3 years then moved on to working with nonprofit arts organizations like Visible Music School and Memphis Music Initiative. As he became more curious about how nonprofits work, he sought counsel from a friend who is an expert in that space. What he took away from those conversations was that nonprofits address a need that isn’t being attended to in the community, rather, they solve a problem. The problem he identified was there was nowhere to learn to learn the history and legacy of jazz in Memphis. He saw the need for young musicians to learn the music of jazz and performance skills specific to the genre. Lee knew that he could provide an opportunity for kids to play jazz on a more elite level. He also knew that students could benefit from the wealth of knowledge he had accumulated over the past 20-plus years as well as his connections to some of the genre’s most
talented and well-respected artists.

Seeing that learning gap, and armed with confidence in his own abilities, Lee knew that he was ready to transition into something more impactful in music education. He wanted to make a difference in the lives of young musicians. From there, Memphis Jazz Workshop was formed in 2016.

The first camp was held in summer 2017 at Visible Music School. It was free of charge and catered to 20 students. Since that first camp, MJW has experienced steady growth. Enrollment has doubled year over year and there are now 70 students in the after-school program and 80 students in the summer program.

MJW has experienced growth in other ways as well, having performed at approximately 65 events around the city since its launch. In addition, every high school senior enrolled in the program has graduated and entered college. And, as of 2019, MJW has partnered with the Memphis Mayor’s MPLOY summer jobs program, which paid 50 students to participate in the summer workshop.

MJW has come a long way in a short time, but the journey is just beginning. The organization seeks continued growth in engagement, enrollment and support from the community. The bigger vision will revolutionize learning in Memphis as Lee looks to one day build a performing arts school which will rival similar the Duke Ellington School of Performing Arts in Washington, D.C. or Lincoln Center School in New York. 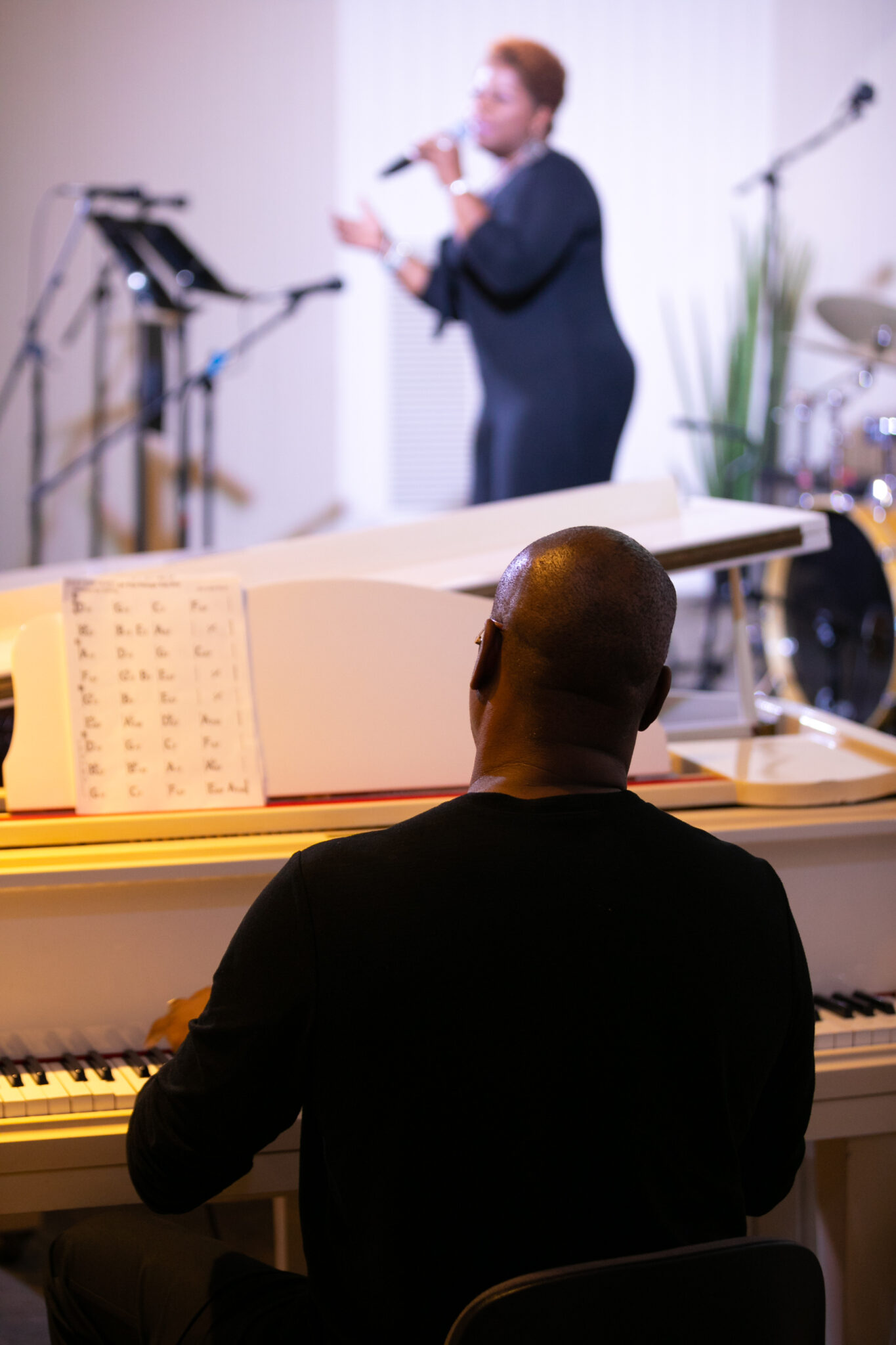 The Man Behind the Mission …

Jazz is Stephen Lee’s calling whether he’s playing it or teaching theory and performance to his students. He can attest to the transformative power of music; the arts were his siren song and the guiding light by which he moved through his own education process.

Stephen has been sharing his gift with students for the past 10 years as a long-time instructor at Stax Academy, Shelby County Schools (Overton and Booker T. Washington) and Visible Music College. Currently, he is a fellow and piano instructor at Memphis Music Initiative as well as at Crosstown High School. With each class and in each school, he strives to raise the quality of teaching (jazz, music) while continuing to develop a culture of learning and pushing his students to reach higher. It is his mission to instill the love of jazz in future generations, preparing them to lead the charge and keep the art alive and well.

A Memphis native, Lee studied with legendary Jazz pianist Donald Brown at the University of Tennessee at Knoxville before heading to New York City to finish his studies and further hone his skills in some of the most well-known jazz venues in the world. He rounded out his studies with a Bachelor’s degree in Jazz Performance from City College in New York City and a Master’s degree in Education from Freed Hardeman University. While living in New York, Stephen has shared the stage with some of Jazz music’s best and brightest including Gregory Porter, Esperanza Spaulding, Billy Kaye and Saul Rubin. In 2012, he released his first album, “Songs in the Key of My Life” for which he won the Rhythm of Gospel Award and was nominated in the first round of the Stellar Awards. In 2018 Stephen was voted Steinway and Sons 2018 Top Music Teacher of the Year by Amro Music Store. And In 2019, he was nominated as a Kennedy Center Citizen Artist Fellow.

Even with his professional accomplishments and performance schedule, Stephen continues to keep students at the forefront. He says, “The students are my priority. I keep them in mind no matter what I’m doing.”